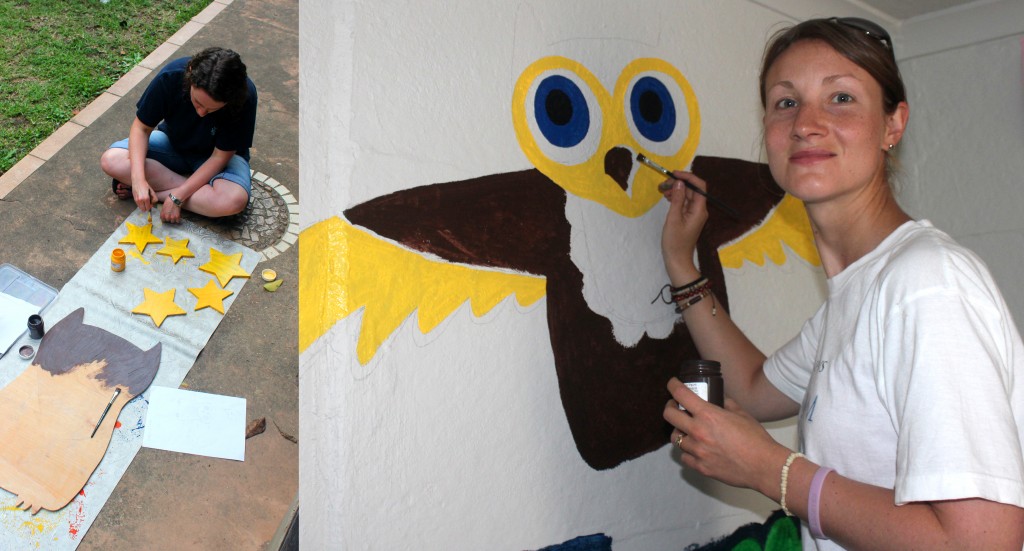 At the Mason Lincoln School for the Physically disabled in Umlazi, the braille classroom was in need of some care and attention. In September 2015, a small group of volunteers from South Africa, the UK and Germany spent a few days improving the classroom. Some new Velcro boards were fixed to the wall, the blackboard was given a coat of paint the entire back wall of the classroom was brightened up with a mural. This this wasn’t your average mural though – as the students who use the classroom are visually impaired, it was decided to make a textural mural that they could touch and feel for themselves. An owl and some stars were cut out of plywood and stuck to the wall and a night scene was painted in contrasting colours that the students would be able to see. There are even some star constellations made out of googly eyes that they can feel! Hopefully, the students will now have a classroom that is more stimulating and makes learning more fun!