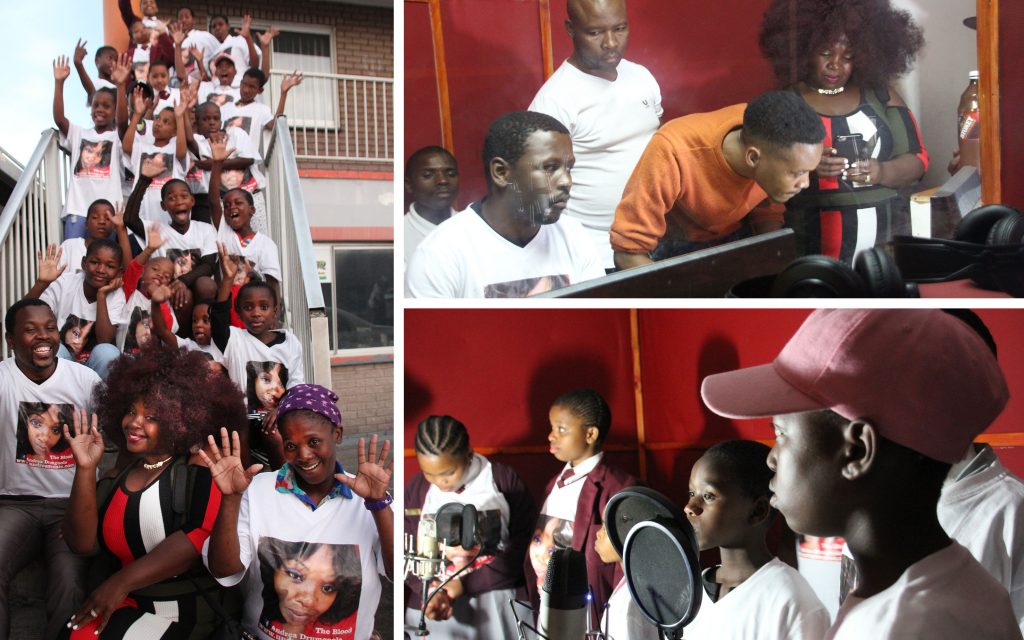 Children from the Clermont township just outside Durban, were given a rare opportunity of recording a backing track in Zulu and English for a new song called “The Blood.” The song is being produced by a singer and musical director from New York. She says “The song is about the need for unity of all nations and nationalities becoming as one.” All the children wore t-shirts donated by the team to support the “unity” of the song. Part of the proceeds from sales will be donated to the Good News Center in Clermont to further the children’s music education.